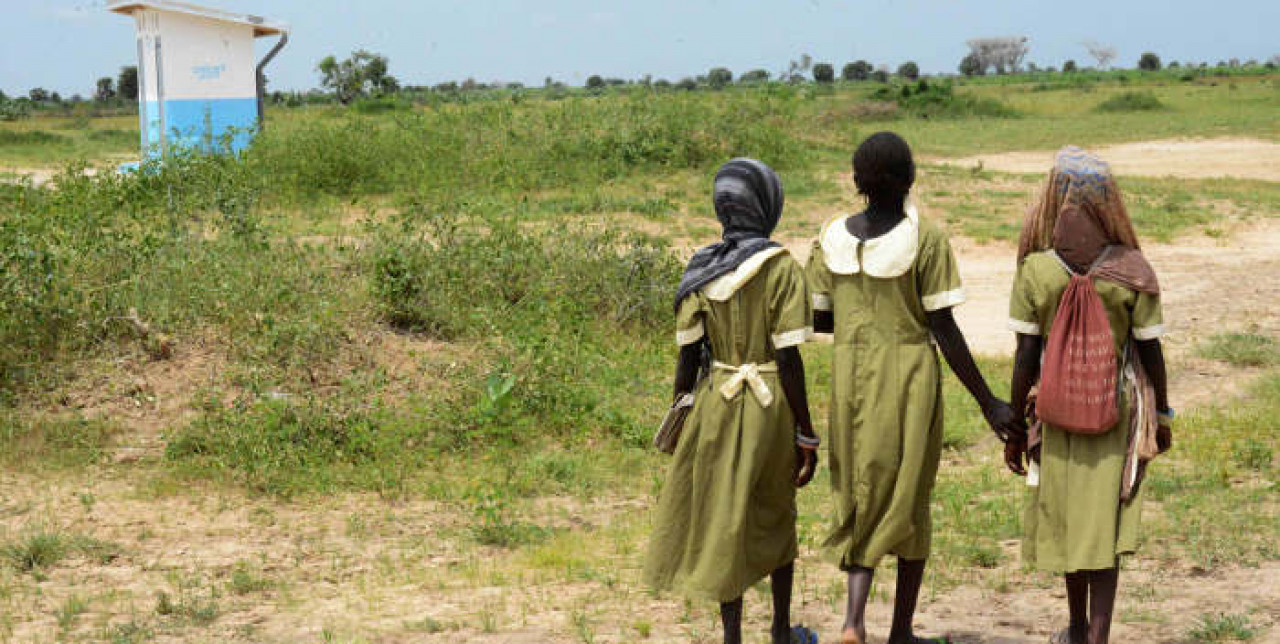 Relaunch of an education for Peace

Curfew is imposed during the evening-time in the Far North Region of Cameroon. News from the borderlands say that some villages were ravaged by the militiamen of Boko Haram, who are seeking provisions. The situation in the area remains critical in many ways because of the constant threats posed by the terroristic group.

It is in such context that COOPI has been carrying out the "Riedupace" project, started in June 2017 and financed by AICS (the Italian Agency for Development Cooperation) in order to improve the life conditions of those who were internally displaced and of the welcoming communities. 12,300 people in total, for whom COOPI aims to provide humanitarian assistance and education services.

«Despites the presence of the Cameroonian Army, some schools are still closed. Others were used as a base for the Army and to provide a place for refugees. Oftentimes there's nothing available for use inside them: neither desks or chairs, nor pencils or copybooks. There are no teachers either, because they fear working in this side of the country», says Vincenzo Altomare, COOPI's Head of Mission in Cameroon.

Cultural obstacles also pile on top of the undeniable problems and of the safety-related risks. It is difficult to convince families about the importance of sending their children to school, particularly the girls. Offspring represent a precious workforce to help parents in agriculture and in trade. When a family understands this, it is usually only males who get sent to school. Girls represent 50% of first classes, 30% of the ones that follow and only 10% of the most advanced  grades. «Usually they are kept at home and they get married at an extremely young age, even at 9», explains Sylvestre Woumboundi, Project Coordinator.

COOPI's work also lies in the dialogue with parents to modify beliefs, habits and die-hard behaviors. It does so by explaining how attending school is key to build a better future. «We are carrying out large-scale awareness raising activities: we organize events, sometimes we offer to pay a fee so that they can attend school classes, we donate copybooks, books and pens. We are also thinking about including school lunch in the project, which can be very important given that if school is seen as the place where food gets accessed, not only girls are able to eat, but they can also bring leftovers home where they would otherwise eat only once a day».

Another difficulty lies in the fact that boys, but mostly girls, often do not get registered at birth: they are usually born in hospitals or villages, which are very distant from the cities, where Birth Register offices are. They grow up with no recognition document at all, without which it is impossible to pass any test. Lastly, it is not easy to provide good examples of people who found a good job after school, as unemployment rates are very high.

Since the start of the project, COOPI has been focusing on building a good collaboration with local authorities. «This allows us to understand where to intervene and in which way», says Altomare. «Everybody- from the prefect to the basic education delegate- understood the importance of our work, something not to take for granted. The work with families»-  adds Woumoundi- «is starting to pay off: parents began registering their offspring at the office, getting the documents needed to access the exams. There's still plenty of work left to do, but I must say that I have never seen results coming so fast in similar complicated contexts as I have witnessed here».