The EU Ambassador to Niger paid a visit to Tillabery

Tillabery is a city 120 km away from Niamey, where severe acute malnutrition is causing high rate of mortality and morbidity in children under 5 years of age.

Today, terrorist attacks by AQMI, Al-Qaeda au Maghreb islamique - which operates on the Sahel from Mauritania to Niger via Mali - and the increasing number of internally displaced people are worsening the country situation.

These factors combined drew the attention of the EU Ambassador to Niger, Denisa-Elena Ionete, who arrived in Tillabery on 17 April 2019.

During her visit, Tamboura Saidou, COOPI Project Manager in Tillabery and Morena Zucchelli, COOPI Head of Mission in Niger showed her to the Centre for Intensive Nutritional Recovery and Education (CRENI), built and managed by our organization within the Regional Public Hospital of Tillabery, as part of our core activities within the "Contribution to the reduction of mortality and morbidity related to severe acute malnutrition among children under five, including special cases in the context of the resumption of activities in the districts of Tillabéry and Ayorou", funded by the European Commission (ECHO, Department for Humanitarian Aid and Civil Protection).

Being the EU Ambassador specialised in medicine, she asked very relevant and in-depth questions to the medical and nursing staff, focusing on the protocols used, the type of fortified foods distributed and breastfeeding strategies.

COOPI staff also showed Mrs Ionete where malnourished children are treated and the playroom, where psycho-pedagogical sessions are organised for children and their mothers, before hospital discharge. We then introduced the seasonal calendar of activities that we based on agricultural activities and on the evolution of health problems – this plan allows us to prevent nutritional crisis due to lack of food, by using alarm and monitoring systems. 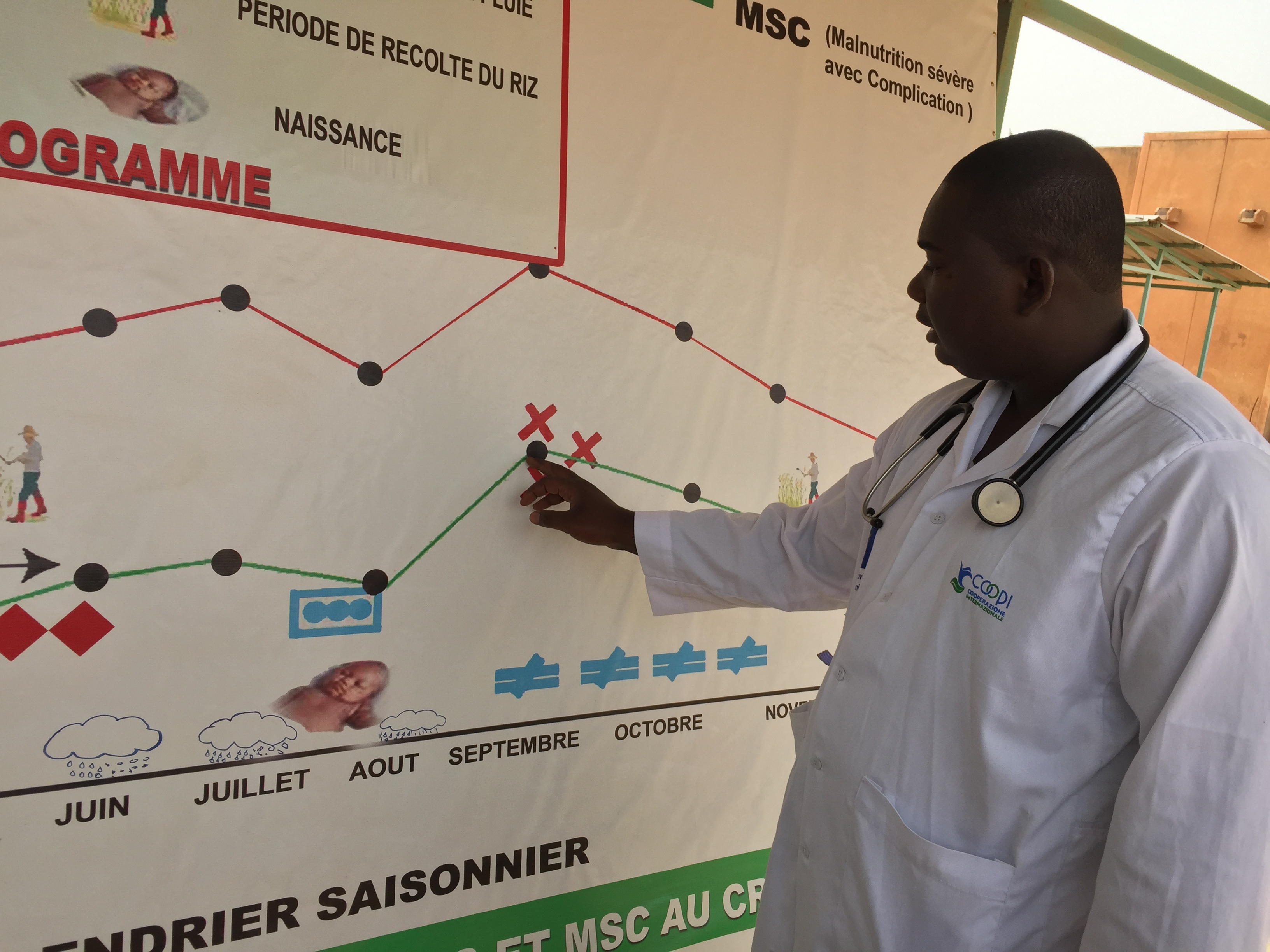 The visit took longer than expected but the EU Ambassador Ionete was enthusiastic about COOPI activities in Tillabery and congratulated COOPI staff and the representatives of the Ministry of Health in Niger for the excellent work done.

During the day, Mrs Ionete tackled other crucial safety issues within the region with the local authorities, such as market closing, transport ban and poor basic services conditions, which are negatively affecting trade and community life.

During the debates, the focus also shifted to young people and to the importance of keeping schools open – not only are these places to teach, but also a safe haven for young people, which thus avoid being recruited to armed groups. The girls’ education has also been discussed and will continue to be supported to rescue them from early marriages.

We would like to thank the EU Ambassador to Niger Denisa-Elena Ionete, the Governor of the Region, the President of the Regional Council of Tillabery, the Mayor of the city and representatives of various United Nations agencies (OCHA, UNICEF, WFP, FAO), and other international NGOs (DRC, Plan International), as well as decentralised institutions, such as the Regional Health and Education Directorates, who took part in the debate.