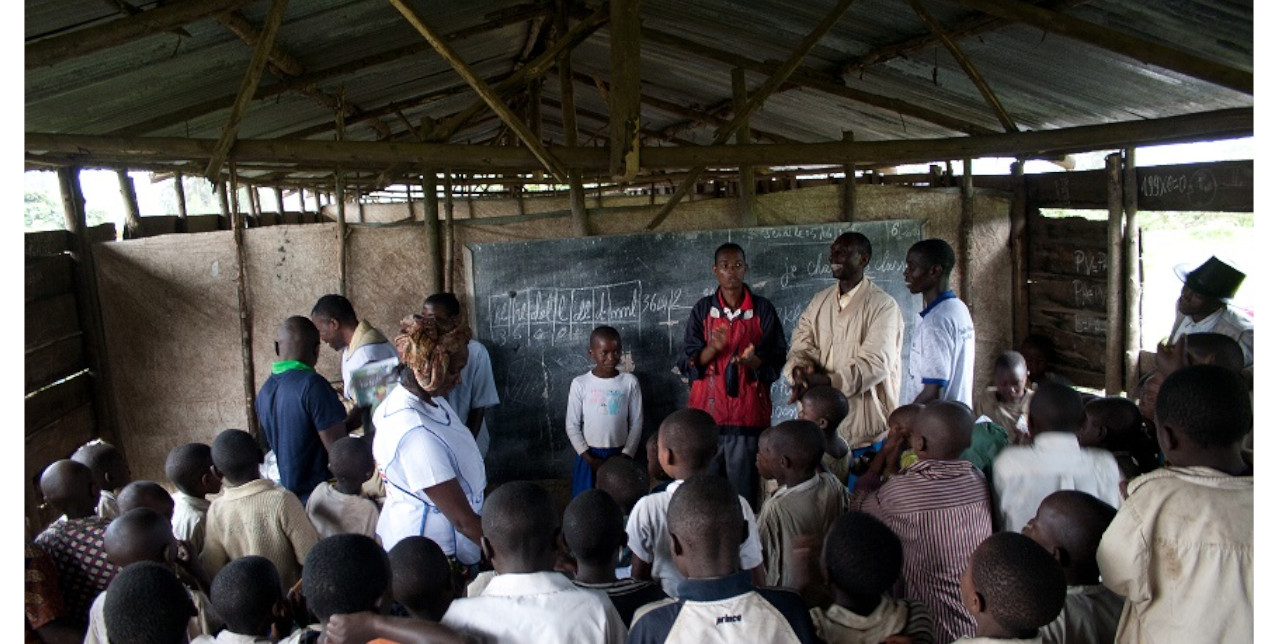 Upper Katanga. Support for the reintegration of vulnerable children

In September 2019, 2,766 children from the Twa and Bantu groups in the Pweto territory, Upper Katanga province, participated in a school reintegration programme for the year 2019-2020.

The informal education programme promoted by COOPI as part of the project "Multisectoral emergency support for the child protection during armed conflicts", funded by the United Nations Common Humanitarian Fund, has enabled former child soldiers, unaccompanied and separated children and children with disabilities to attend courses in French, mathematics and Congolese languages.

The 2,766 students enrolled in remedial education courses were assisted by 44 teachers, including 9 women. At the end of the courses, 2,491 students (1,400 boys and 1,091 girls) continued their studies until the end of the program in September 2019. The 9.9% drop-out rate is due to several factors, such as a deterioration in the state of health of some students or even the return of their families to their villages of origin after hostilities between the two groups Twa and Bantu stopped.

Nevertheless, 2,374 (1,305 boys and 1,069 girls) passed the final exam and each received a certificate of participation in the remedial courses to be later shown when enrolling in schools.

In general, teachers and headmasters from the ten schools involved in the project noticed a high motivation among students, some of whom performed even better than the average of their peers in mainstream schools.

The school reintegration programme was also strongly supported by members of the Twa and Bantu communities – the community support ensured the success of the programme and the improvement of children's well-being and the strengthening of their education helped to consolidate peaceful coexistence between the two groups.

Since 2013, there have been clashes between the pygmy Twa and the Luba group of Bantu, to claim the right to land and resources. In Pweto, specifically, more than 30% of the militias are made up of boys and girls – however, despite some of them reunited with their families, several cases of forced marriages, psychological and sexual violence have been reported. This makes all the more imperative to promote education, so that dialogue, mediation and trust-building activities between communities affected by the conflict between Twa and Luba can be facilitated.