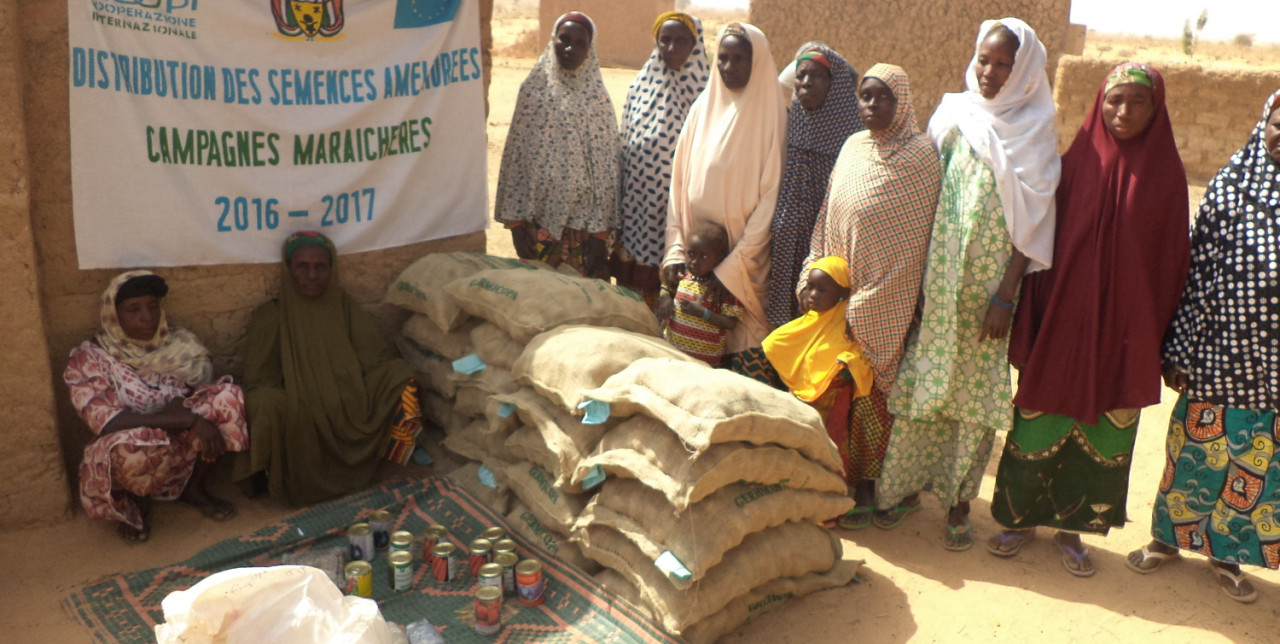 Women at the centre of our action

In Niger, food security is a constant challenge: there is a need to improve the nutritional benefit of foods, increase productivity in order to meet the requirements of a growing population and safeguard the agricultural environment against climate change.

The project for improvement of climatic resilience and food security in the communes of Soucoucoutane and Dogonkiria, situated in the Dosso region in South-West Niger, is one of COOPI’s emblematic actions.

This project, funded by the European Union, contributes to local development, meanwhile providing a rapid response to the needs of the population. It is founded on the involvement of more than 1000 women, considered to be among the most vulnerable subjects (due, in particular, to their difficulty in accessing land) while, at the same time, playing an essential role in combating malnutrition within families.

Our intervention covers an area of 230 hectares which includes 51 villages notable for their geographical isolation and high vulnerability to climate change. We promote adaptation of communities to environmental shocks and improvement of agricultural resilience by combining productivity with sustainable land management.

The population has benefited from vegetable seeds suitable for rainy zones (niebé, cassava, millet and peanuts), fertilisers and pesticides, as well as ploughs and seeders. We have built a warehouse in Soucoucoutane for storing cereals. Simultaneously, we have trained families on improvement of cultivation techniques and sustainable management of natural resources.

In particular, we have developed the production capabilities of women in order to render them increasingly self-sufficient. The women grow okra and moringa and process peanuts. Okra and moringa are particularly nutritious crops, beneficial to pregnant women and newborn babies.

For production of peanut oil, the women divide themselves into groups, each of which receives the necessary tools (husker, presses, mills or grill oven) for processing the seeds, and a current account is opened which they can manage independently and use to deposit their sales revenues.