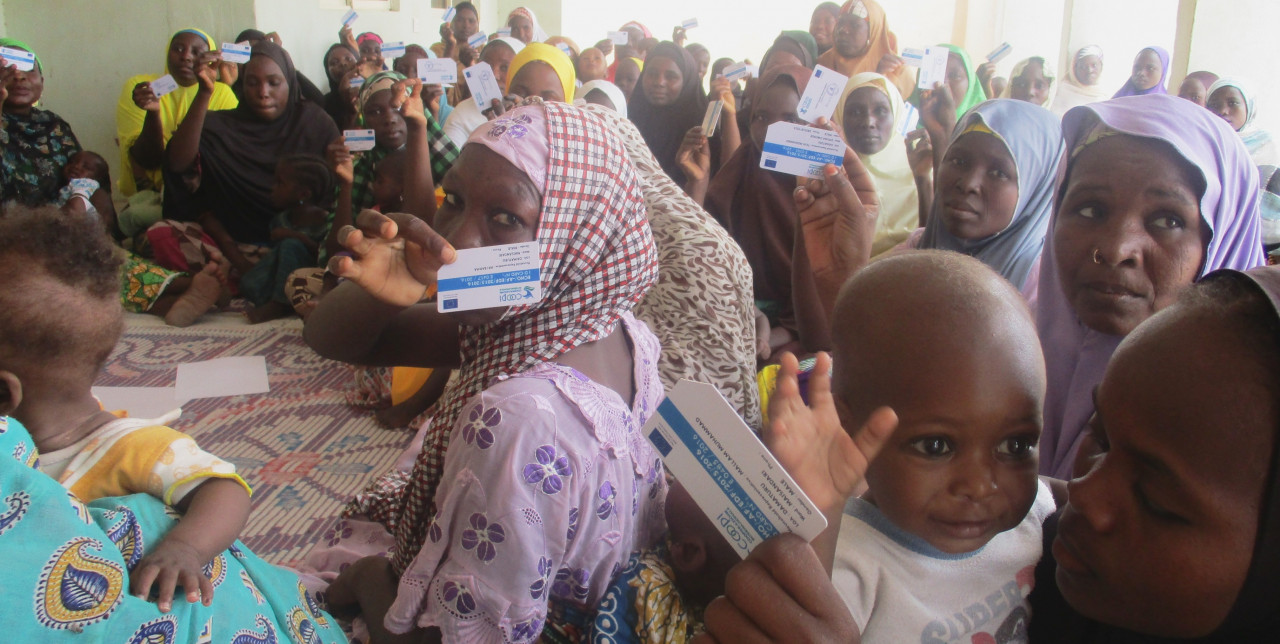 Life in refugee camps can be a "suspended" type of life, a situation of temporary inconveniences that too often risks of becoming a lasting situation. The 2,2 million refugees and evacuated people who are in the north east of Nigeria, in the states of Borno, Yobe and Adamawa, escaping the violence caused by Boko Haram are well aware of this.

Local communities have been involved in hosting refugees offering them protection and solidarity. To this date, COOPI operates in the state of Yobe, in the districts of Potiskum, Damaturu and Fika. The NGO provides assistance to populations in refugee camps, thereby supporting 800 children, thanks to a project regarding the protection of childhood, promoted by UNICEF and Japan's Government. Additionally, 1.300 "hosting households" are supported through a project financed by the General Direction for the humanitarian aid and civil protection (ECHO) of the European Commission. Here, families take in refugees and displaced people voluntarily, integrating them in camps and providing them with shelter. In most cases, these are children who have been forced to abandon their families or who have become orphans during the movement from the places directly affected by the conflict in the surrounding areas (60% of the refugees are children in the State of Yobe).

COOPI is present in the area since September 2014, after a first intervention to meet the basic needs of refugees: the provision of water and sanitation, safe shelter and the distribution of other basic necessities. Financed by ECHO, the project's goal is to carry out interventions that ensure food safety and improve the nutrition of children, who are likely to be malnourished.