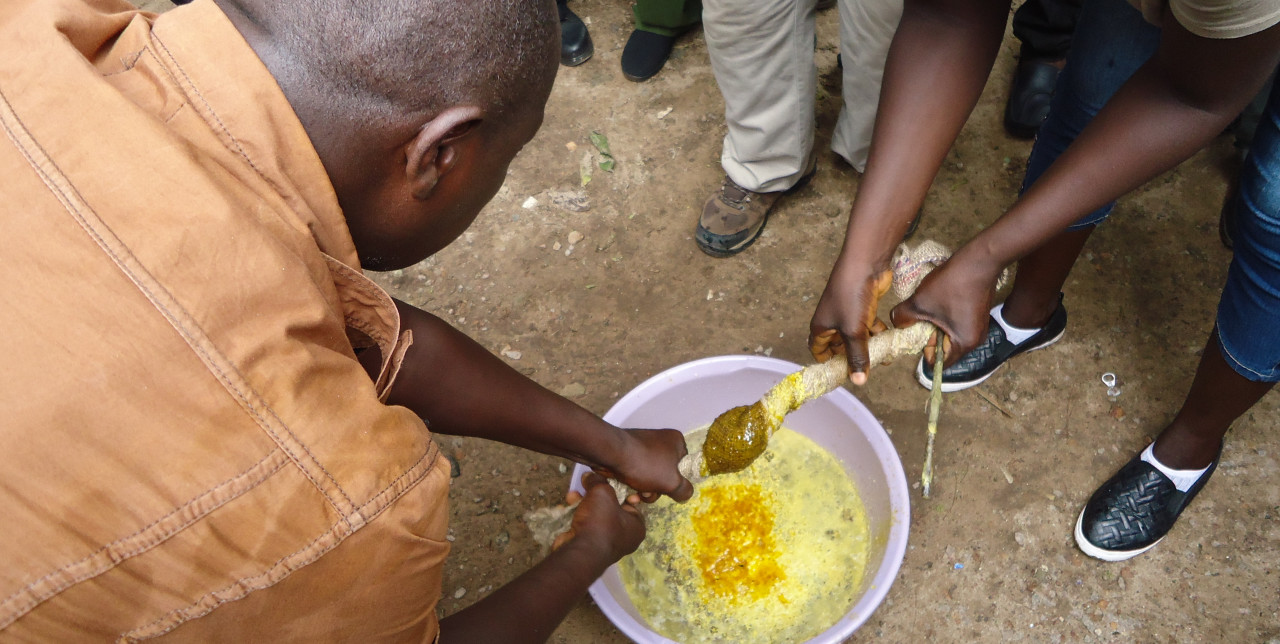 In Makeni (Sierra Leone) COOPI organized, from 7 to 10 November 2017, a three-day seminar on “Managing the integration of beekeeping in cashew growing systems in Sierra Leone”, carried out within the project ProAct 2015 , sponsored by the European Union. The staff of COOPI and some cashew farmers selected as beneficiaries of the project participated so that the latter could be taught with knowledge and skills that are functional to productively implement honey bees in cashew orchards. The colonies of bees managed in the cashew fields, in fact, increase flower pollination, effectively improving the growth of such fields. Moreovero, the harvesting and sale of honey and other products can potentially provide additional income for the growers themselves.

Dr. Kwame Aidoo, COOPI's correspondent and organizer with others of the seminar, reported to us the following:

The participants received general information on the role of bees in biodiversity conservation and on their ability to pollinate wild plants: the seeds produced this way are developed in new plants that grow and renew forests. We then talked about how to take care of the bees to allow them to provide the six basic products: honey, virgin wax, pollen, propolis, royal jelly and poison. The activities were then concluded with a brief analysis of the economic production, aimed at showing the profitability of a ten hives- beekeeping system. Beekeeping intself, in fact, can be highly profitable for those who are committed to mastering it.

On the second day,  measures that farmers must take to avoid conflicts between bees and humans were discussed. The speech was then extended to beehives, fumigators and proper clothes to wear. A practical session took then place in the village of Makotoi, near Makeni, to allow participants to take a closer look at the layout of a beehive and to inspect two colonies for a possible harvest of honey combs, later made available to the participants for a careful examination.

On the third and last day, a practical session was held about honey extraction and a similar one for the extraction of the wax.

The entire program was very much appreciated by the participants, who declared themselves satisfied with what had been shown to them and interested in deepening the techniques of beekeeping in the future. 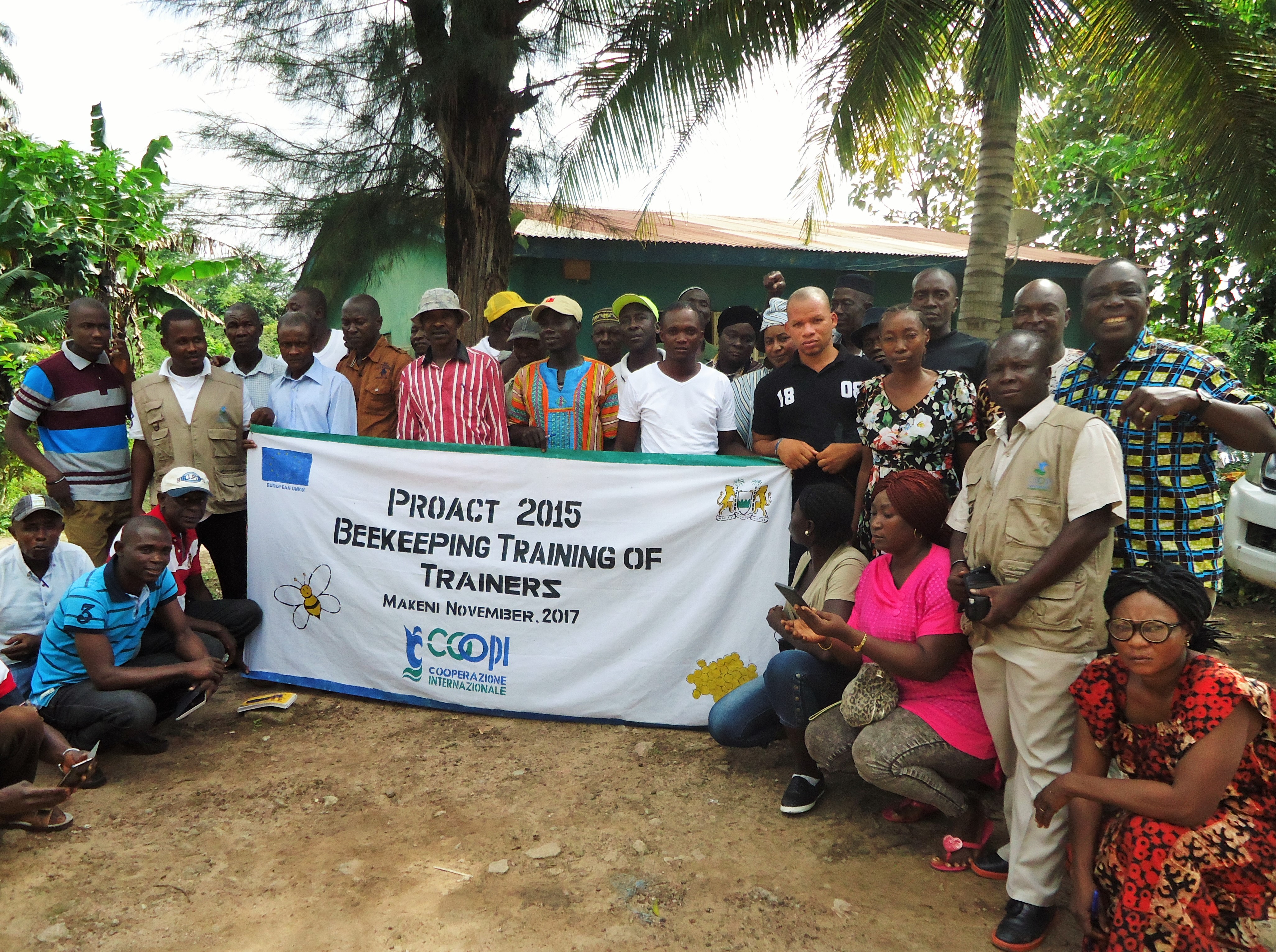