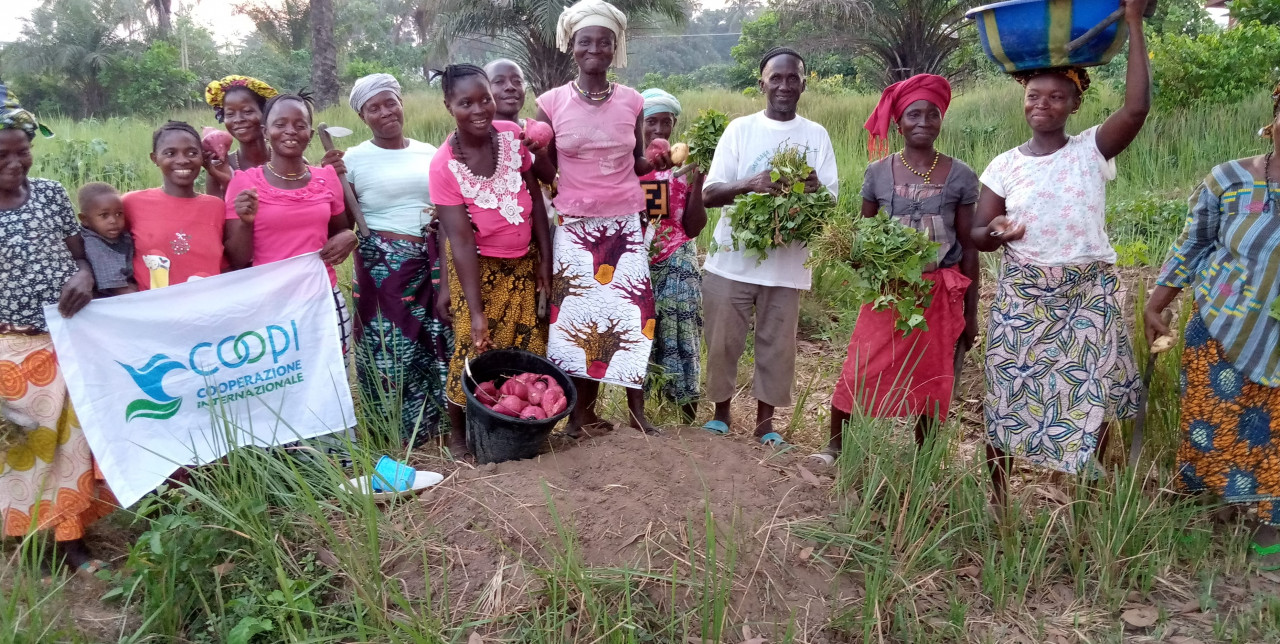 In northern Sierra Leone, in the framework of "Fostering Smallholder Agriculture in Sierra Leone (ProAct 2015)" project funded by the European Union to reduce food and nutrition insecurity, COOPI – Cooperazione Internazionale is promoting the production and dissemination of the orange flesh sweet potato.

The orange flesh sweet potato is bio-fortified, rich in beta-carotene (source of vitamin A) and iron, with the usual carbohydrate content, and a very pleasant taste. It has a high productivity compared to normal sweet potatoes under the same production circumstances.

Through the ProAct 2015 project, COOPI supported 2,695 producers of this tuber (957 males and 1,738 females) with the provision of vines (corresponding to 408 acres last season), training on production technology and preparations of orange flesh sweet potatoes recipes.

It is one of the farmers' favorite crops because it can be grown two or more times a year; it has high nutritional value; it is more palatable than the local potato; it serves as a means of controlling weeds and firebreak in cashew orchards; and it produces large tubers compared to the local ones. 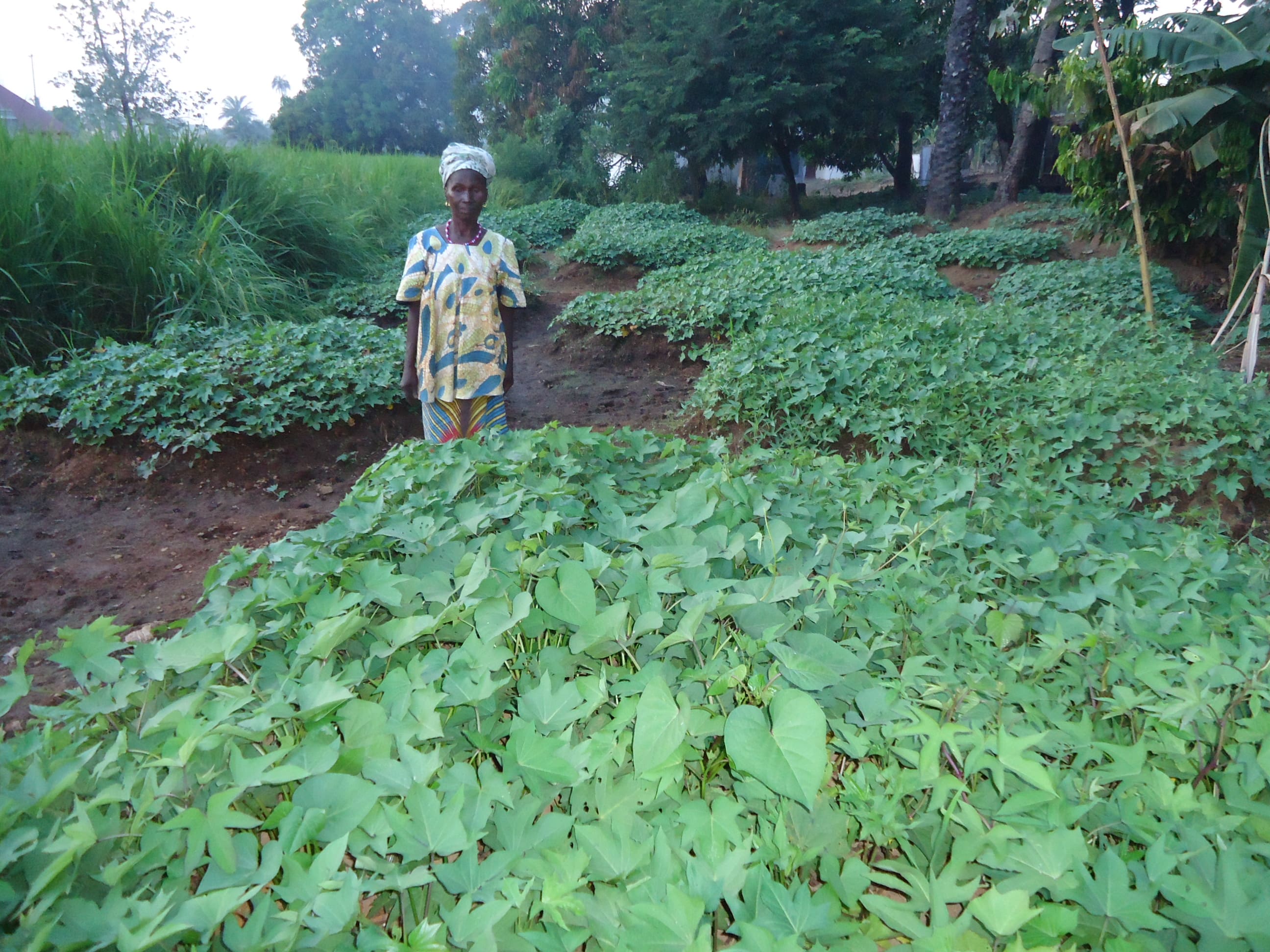 Women in the LANN (Linking Agriculture Natural Resource and Nutrition) group were trained in the preparation of different recipes using orange flesh sweet potatoes (such as doughnuts, drinks, bread, puff cake and stew) and were encouraged to replicate these recipes in their daily food intake.

Because of the high benefits, popularity among farmers is increasing every year and farmers are sharing vines with new farmers to encourage the cultivation of orange flesh sweet potatoes in cashew orchards - as a catch crop - and in inland valley swamps to generate income and promote food diversification. 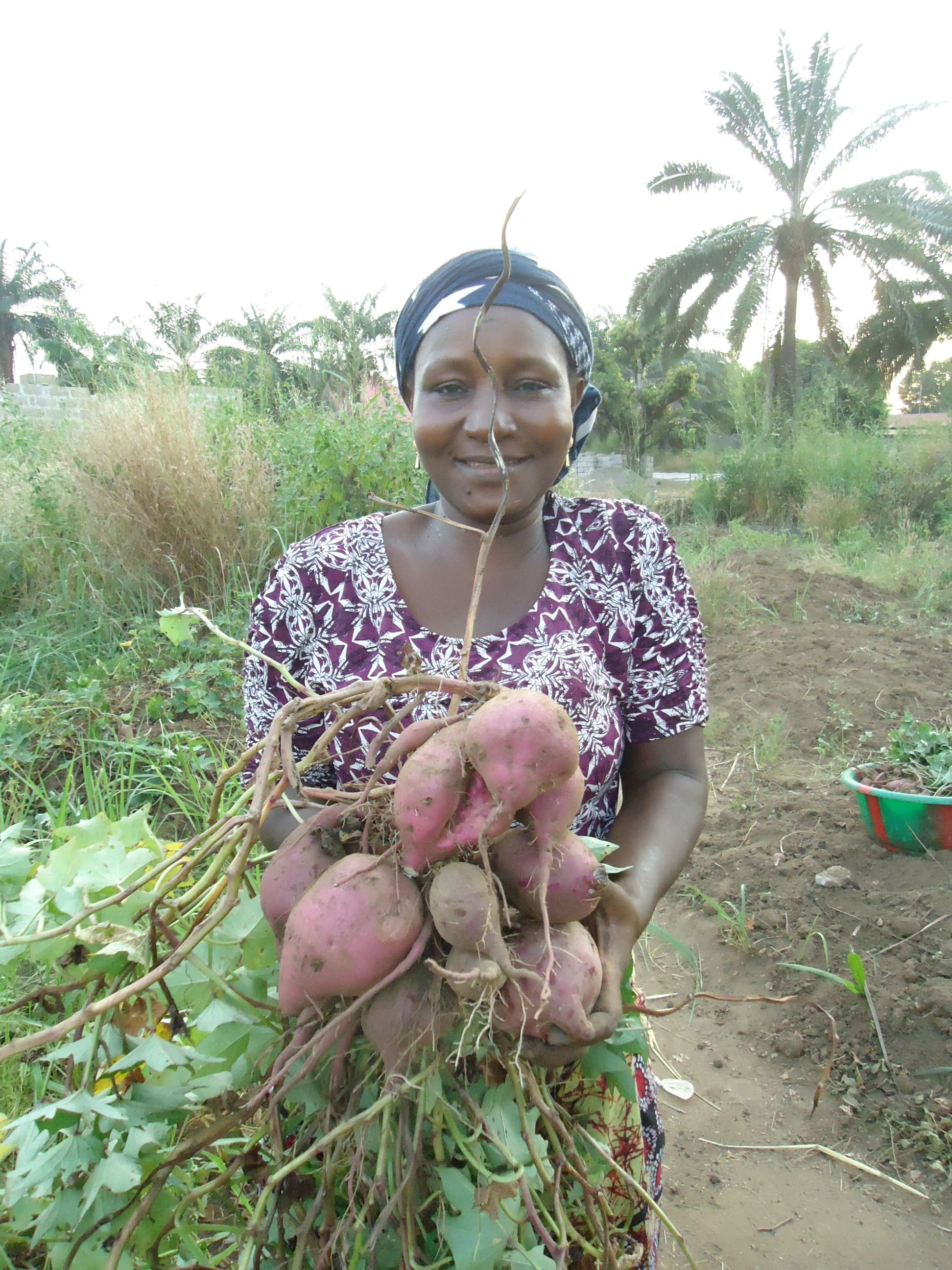 Among all orange flesh sweet potatoes producers, 100% consume the leaves regularly (3 days a week) and 90% of producers sell the leaves in the regular market. At harvest time, 90% of the farmers sell the surplus tuber to the market. On average, each farmer is consuming orange flesh sweet potatoes worth SLL 1,000,000 (USD 100, corresponding to almost one-fifth of their annual food expenditure for almost no investment).

The project has established a common strategic norm: from 2021 onwards, each farmer will share vines and technical advice with at least one new farmer interested in producing sweet potato to contribute to the food and nutrition security of the region.

According to COOPI project leader Monoarul Islam, "the spread of orange flesh sweet potatoes has led to an increase in food intake and, through the cooking course and the use of itin different recipes, malnutrition has been reduced within the communities. Prior to COOPI's activities, women had not given value to the culinary use of this sweet potato."