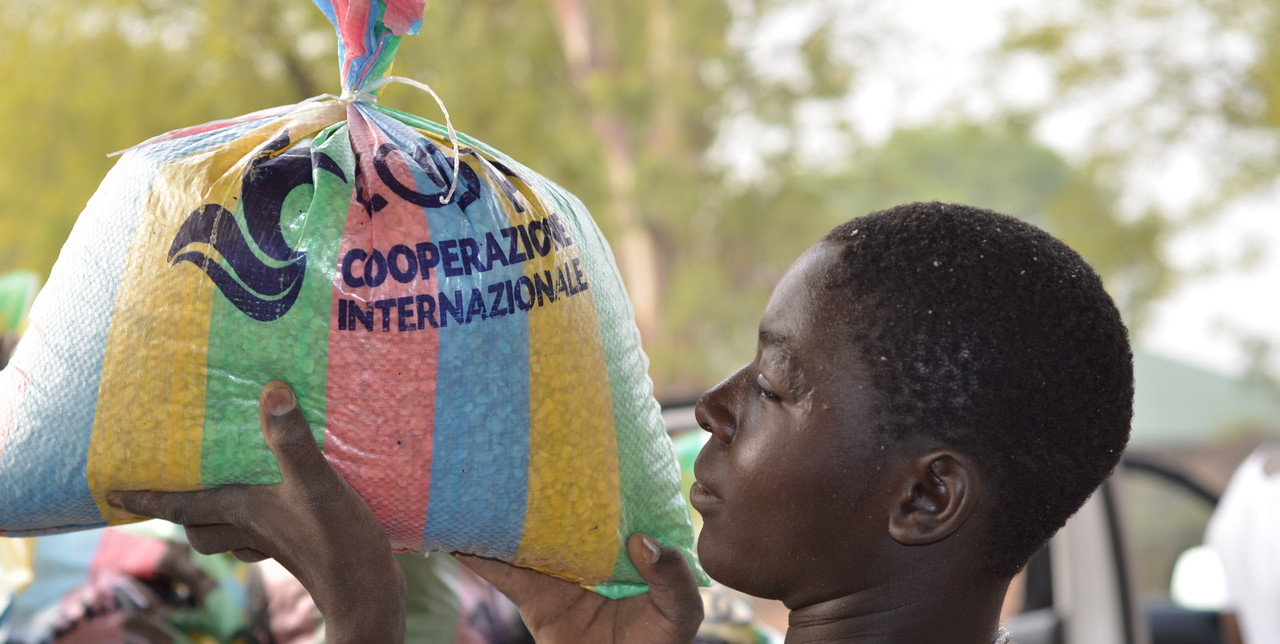 The near future. COOPI's new strategy

On April 1st, COOPI's Board of Directors, together with Director Ennio Miccoli, presented to headquarters staff and regional coordinations "The Near Future", the organization's new Strategy for the three-year period 2022-2024.

President Claudio Ceravolo, while greeting the event, said: "I am very happy, because today one path ends and another one begins”. The path he was referring to is the one taken by the Board of Directors (BoD) leading to the development of COOPI's new lines of development, while the path that is beginning is the one that will be taken by the "Countries", namely the foreign offices in the areas of intervention. These, under the guidance of the Regional Coordinators and Area Managers, will be engaged in giving concrete form to the strategic lines, making them operational according to the needs and stimuli coming from the field.

COOPI's Strategy is not a theoretical manifesto, nor is it a proclamation that will end up forgotten in a drawer. On the contrary, as reiterated in the introduction signed by the Board of Directors, it is a tool in the hands of our aid workers on the field, so that it may come to life starting from the guidelines contained therein.

Antonella Tagliabue, Member of BoD since 2017, in illustrating the path just concluded, explains: "The new Board, since its election in September 2020, has immediately looked at the new Strategy as a priority. For this reason, it first reviewed the previous strategic lines ("Together we can make the world a better place", 2015-2020); then it met with internal and external experts in various fields to acquire information on the scenario of international cooperation, which is in constant change - this was done through the cycle of seminars to which all COOPI staff members, both headquarters and coordination, participated. Finally, starting from what the organization already is and does, it outlined the unique way we are (the so-called, "COOPI way", on p. 10 of the document), what we do and how we do it (the Themes expressed through the Goals, on p. 12, with a focus on partnerships to be pursued at the corporate, academic, institutional and local levels)." 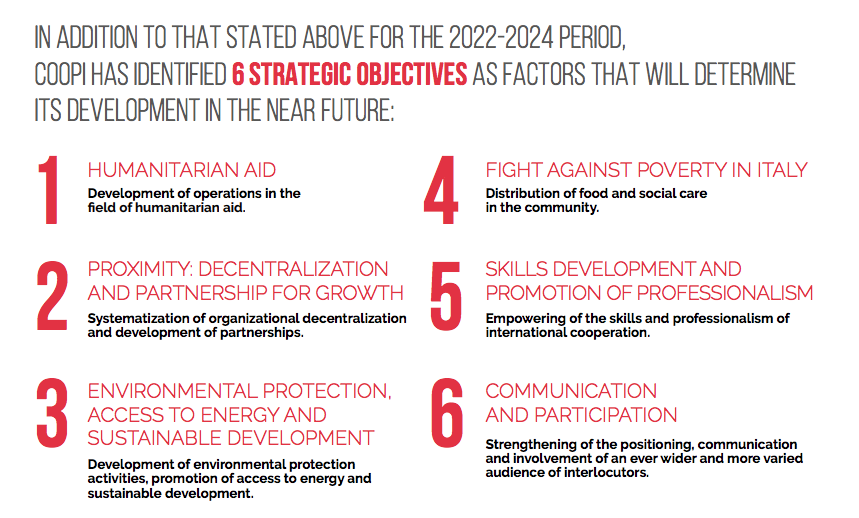 It is no coincidence that there is no mention of budget growth in the Strategy. COOPI's growth is to be understood as an increase in the quality and scope of interventions, especially in emergency contexts. The goal is to remain consistent with our mission, which is to help as many people as possible.

The Strategy Document is titled "The Near Future" for two reasons. It has a three-year lifespan (from 2022 to 2024), because, due to sudden changes in the scenario, it can only take into consideration a "near" future. At the same time, proximity denotes COOPI's positioning, in Italy and abroad, that is its ability to stand by the most vulnerable, whatever the latitude of poverty. COOPI's renewed commitment in its city of origin, Milan, supporting a growing number of vulnerable families and individuals, should be read in this sense.

This process has helped us to review the meaning of COOPI's work and its perspectives. The Director, Ennio Miccoli, explains: "The new phase that is opening is aimed at the widespread dissemination of the Strategy Document throughout the organization, in every project, in every area. For this reason, Regional Coordinators and Area Managers will have the task of making the Lines of Development known, fostering the contribution of individual countries of intervention, and accompanying the harmonization of feedback within the strategic planning.

The COOPI Meeting in September, the organization's annual international gathering to be held once again in Milan, will be an opportunity to share the Regional Strategies, coordination by coordination, aware that the journey that has just begun is long and requires time. Nonetheless, it will once again demonstrate COOPI's ability to read the reality and promptly respond to the challenges that arise.