Over the past few years, the humanitarian situation in Nigeria has been increasingly deteriorating because the conflict between government forces and the Boko Haram armed group has intensified.

Recently published IOM data has identified over 1.8 million IDPs, the majority of which are located in Borno and Yobe states. Humanitarian actors estimate 17 million people affected by the conflict are food insecure, while 3 million young people have dropped out of the school system and 500,000 children suffer from severe malnutrition.

COOPI has been responding to this emergency in the States of Borno and Yobe  since July 2014. The program focuses on food distribution, malnutrition prevention and care, education in emergency and protection of minors affected by the conflict. COOPI responds to the emergency in the States of Borno and Yobe by focusing on food distribution, malnutrition prevention and care for the most vulnerable groups

THE SITUATION IN Nigeria On Friday 9 October, the World Food Programme (WFP) was awarded the Nobel Peace Prize for "for its efforts to combat hunger, for its contribution to... 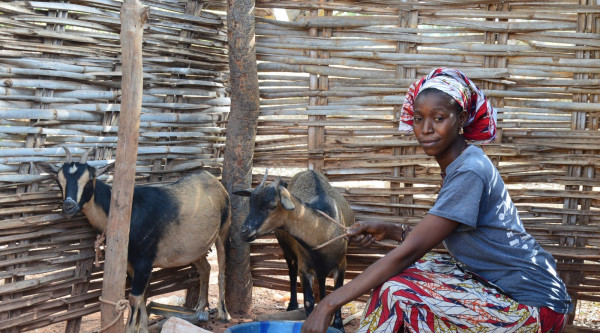 More than a decade of armed conflict in northeast Nigeria has brought devastating effects on the lives, community assets and livelihood of 7. 9 million people,... More than 26,875 families, IDPs and other vulnerable groups in Yobe State, Nigeria, will benefit from the European Union-funded project "Building... Within the project “Intervention to extend the access to quality education (formal and non formal) and psychosocial support for school-age children in... The crucial role of teachers in Nigeria

Within the “Intervention to extend the access to quality education (formal and non-formal) and psychosocial support for school-age minors in the... Nigeria: new schools, back to normalcy

With the completion of the “Intervention to extend access to formal and non-formal education of quality and psychosocial support for school children at... Within the framework of the humanitarian aid program Support to refugees and internally displaced persons in the Lake Chad region , COOPI is carrying... Bolori II belongs to the children

The reopening and rehabilitation of schools in February 2018 have led to more than twice the number of enrollments in the neighborhood of Bolori II (Maiduguri,... Nigeria: schools, programs and education have been expanded

At the beginning of the school year, a partnership agreement was signed between COOPI and the Specialist educational Board SUBEB (State Universal Basic... Since July 2017, COOPI has been carrying out a food security intervention, funded by AICS (the Italian Agency for Development Cooperation), with the aim to...

Nigeria: school committees, a bridge between school and communities

The “Intervention to extend the access to quality education (formal and non-formal) and psychosocial support for school-age minors in the hosting... The COOPI "program to extend access to quality education (both formal and informal) and psychosocial support to school-age... In Northeastern Nigeria the humanitarian emergency is getting worse as a result of the increasingly intense conflict between government forces and the armed... The little girl in the photo is called Fatima. She is an orphan of only two years old: her father fell victim to a bomb blasted by Boko Haram in... Terror does not hinder education

In Nigeria, people fleeing violences of the Boko Haram terrorist group are still too many. The presence of displaced persons is very critical, especially in... After a Boko Haram attack

The picture above displays Abubakar Ali with one of our aid worker, a few days after having joined our program of “Immediate humanitarian assistance to... What are you carrying in that bag?

In these photos from Nigeria we continue to find plastic bags. They are colorful and spacious, similar to  those we use for shopping. In their inside we... The humanitarian crisis in Nigeria

An interview with Marco Loiodice, cooperating with COOPI in Nigeria, recounted by Ambra Notari for Redattore Sociale. ABUJA (Nigeria)- The estimated... Life in refugee camps can be a "suspended" type of life, a situation of temporary inconveniences that too often risks of becoming a lasting... COOPI and ECHO projects for children and refugees stricken by Boko Haram. In the north of Nigeria and along the borders of Niger, Chad and...